Posted on February 13th, by Capt. Jeff in Podcast. No Comments

It seems that the pilot crew of the TransAsia ATR that crashed last week in Taiwan misidentified the engine that failed, then subsequently shut down the good engine. Taiwan’s Civil Aeronautics Administration ordered proficiency tests and retraining for all TransAsia pilots flying its ATR fleet. Ten pilots failed, and another 19 have been suspended until they take the tests.

An AirAsia A330 flight from Malaysia to Saudi Arabia returned to Kuala Lumpur after the autothrust system failed. Why couldn’t the flight continue?

A US Airways E190 landed nose gear up at Houston Intercontinental. We listen to the LiveATC.net recording.

High-altitude ice crystal icing is a problem whose frequency is alarmingly high. Evidence indicates that engine icing incidents caused by ice accreting inside the core of jet-based engines have been occurring for over two decades. 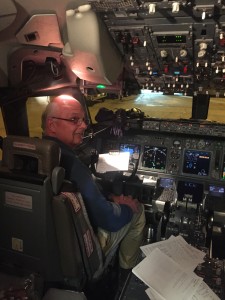