Posted on December 29th, by Capt. Jeff in Podcast. No Comments

It’s been a bizarre year in aviation safety. The number of crashes was low, but the number of fatalities high. It was a particularly bad year for Malaysia.

An American Airlines flight from Seoul to Dallas-Ft. Worth experienced severe turbulence over Japan, injuring 12.

A Lufthansa A321 crew lost control of the jet shortly into the flight from Bilbao to Munich after faulty air data units triggered the Alpha Protection mode of the autoflight system. After losing 4,000 feet in altitude, the pilots regained control after disconnecting the faulty air data units. EASA issued an Emergency Airworthiness Directive warning all operators.

Finally, we sadly end the year with what appears to be another disappearance of a flight over open waters. AirAsia Flight 8501 disappeared from radar about halfway between Surabaya and Singapore. As this episode was recorded, the A320 is still missing. 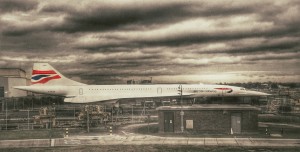